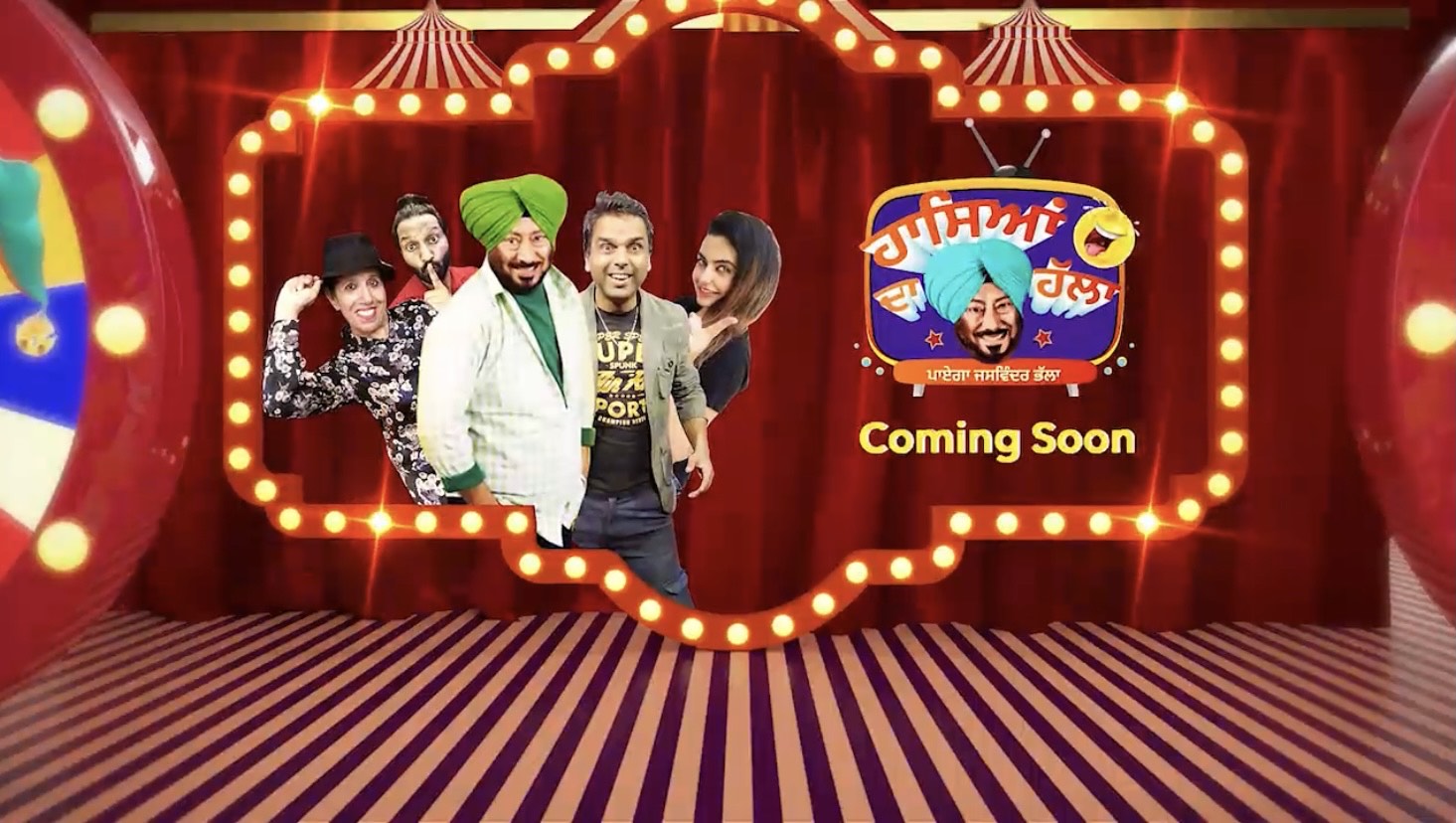 Created as a family entertainment show, the key words that define Haasya Da Halla Payega Jaswinder Bhalla are Lively, Chirpy, Spontaneous, Fun, Inimitable and Quirky. To air on Saturday and Sunday, the weekend family show will be hosted by the legendary Punjabi actor and comedian Jaswinder Bhalla. The series will also feature the finest range of artists including Mintu, Lucky, Nisha Bano, Gurpreet Bhangu and a spectacle of celebrity guests. It has been written by the renowned Manoj Sabharwal

Speaking on the new launch, Rajiv Bakshi, CEO, Reliance Big Synergy, said “We are committed to create home grown formats, alongside the global IPs, with local talent and to bring the finest entertainment for the diverse range of audience in Hindi and regional languages on both OTT and Television platforms. Our passionate and resourced team has produced the highest rating shows and web series for our clients. I am confident that the audience will enjoy our new series Haasya Da Halla Payega Jaswinder Bhalla and that it will further strengthen Zee Punjabi’s market leadership.”

Amit Shah, Cluster Head North, West & Premium Channels, ZEEL said, “With our consumer understanding and the innate ability to create magic with stories, our content offerings have been well received and much loved by viewers in the Punjab market. Reliance Big Synergy has been an ideal content partner for us in achieving this success, having given us two popular fiction series. We are confident that with their distinct strength in non-fiction, Haasya Da Halla Payega Jaswinder Bhalla will further strengthen our foothold in the market.”

Speaking on the new show launch, Rahul Rao, Business Head, Zee Punjabi said “The saying ‘Laughter is the Best Medicine’ is all the more relevant in current times. At Zee Punjabi, our aim has always been to entertain the audiences by offering them a perfect blend of fun and drama. Our endeavor with this show is to spread positivity and happiness in our viewers’ lives and with Jaswinder Bhalla at the helm, I am sure our viewers are in for a fun ride.”

“Fun and laughter is the need of the hour in the stressful times of Covid and we are super excited to watch our latest creation with millions of our viewers in Punjab and rest of India,” said Simmi Karna, VP- Content, Reliance Big Synergy.

Reliance Big Synergy has in the past years entertained millions of Indians through the highest rated and breakthrough non-fiction shows including KBC, Dus Ka Dum, India’s Got Talent, Jhalak Dikhhla Jaa and more, and has established its leadership in the fiction vertical as well with its range of fiction TV shows and Web series in both Hindi and regional languages.