Mumbai, August 13 2020:  Reliance Animation & Rohit Shetty Picturez’s Little Singham, launched in collaboration with Discovery Kids, within a span of just 2 years, has emerged as one of the most famous IPs in the country. Little Singham, an animated adaptation of ‘Singham’, India’s most successful supercop brand and one of the biggest Bollywood blockbusters of all time, as described by Rohit Shetty, is a story that reinforces the positive message that “the truth will always win over dark forces.”  Sharing his thoughts on Little Singham’s birthday, aptly celebrated on India’s Independence Day August 15, Rohit Shetty, said, “I never thought when I created Singham that one day, this brand will ring so loudly with children across the country.”

“Little Singham has made the rapid transition because the core values of Singham, a devoted, nation loving cop who always stands for the truth. The young supercop is brave, courageous, stylish and full on entertaining with a fun personality. He loves his family, community, country and doesn’t hesitate to go out of his comfort zone to support them,” added, Rohit Shetty. “I complement the team for successfully developing such a wonderful IP and urge them to look at the world as the next frontier.”

“Discovery Kids is committed towards bringing high quality content for the little minds that also keeps them inspired. In a very short while, Little Singham has established a strong hold in the hearts of Kids not only in India but internationally too the fan following continues to grow. The love, the adulation that Little Singham continues to receive is very encouraging, said, Uttam Pal Singh, Head of Discovery Kids. We will be launching first of its kind initiative to ensure that children can celebrate Little Singham’s birthday from their homes.”

Talking about the special day, Shibasish Sarkar, Group CEO of Reliance Entertainment, said, “It is wonderful to see the entertaining and endearing “Little Singham” widening its horizons and engaging with kids in India and abroad.  He is a reflection of the effort, skill and passion of the animation artists who have helped us set a new benchmark for animation in India.  We are also glad that the core belief that drives the idea of “Little Singham” i.e. good winning over evil will inspire fans across the globe.”

Tejonidhi Bhandare, COO, Reliance Animation, further added that, “It’s a proud moment for us to see that the character is becoming popular on various platforms and reaching the kids across the globe. It gives an opportunity for the kids to see their favorite character and episodes multiple times and enjoy. The team is overjoyed to see that his Birthday will be celebrated across the world”

Join us and celebrate Little Singham’s Birthday Celebrations on 15th August at 11:30 AM followed by World Television Premiere of the movie Desh ka Sipahi: Mission Josh.

Incorporated in 2016, Rohit Shetty Picturez is a joint venture with Reliance Entertainment & Film Director, Producer and Television Personality Rohit Shetty. He is one of the most successful and sought-after film director in the contemporary Indian film industry. Rohit has been the vision behind hugely successful film franchises like Golmaal & Singham.

Rohit has many more blockbusters to his credit as compared to any other Indian filmmaker in recent times. As director, Rohit currently has had the highest numbers of movies in the coveted 100 crs ($15 m) & 200 crs ($30 m) Box Office Club.

The first film under the newly incorporated joint venture was the October 2017 release “Golmaal Again”. Rohit’s next directorial project with Ranveer Singh & Sara Ali Khan starrer titled “Simmba” released on 28 December 2018. Both the films have broken multiple box office records and become one of the highest-grossing Indian films of all times.

In addition to Hindi films, Rohit Shetty Picturez has definitive roll out plans to address the digital content consuming audience with original web series and cater to Rohit’s younger fans with animated content like “Little Singham” on Discovery Kids and Golmaal Jr. on Nick.

One of the leading and fastest growing animation studios in India, Reliance Animation, is dedicated to

revive the culture of story-telling by characterizing animation in the world of fantasy. A company where exuberance and passion rules the roost, success is a way of life.

Reliance Animation’s superior work, is evident in its International recognitions and accolades it has collected over a very short period of time. ‘Veneta Cucine’, an Ad-Film done by the Reliance Animation team won the Best Animated Ad-Film of the year at FICCI Frames 2006. ‘Little Krishna’ another superior delivery from Reliance Animation, won the FICCI Best Indian Animated Content in 2007.

Adding yet another feather to its cap, Reliance Animation produced the first animated short film with International acclaim, ‘The Bad Egg’, which won the prestigious Digicon International Award at Japan and Gold Medal at New York Festival in the year 2007. Little Krishna TV Series, Krishna our Kans Theatrical Film, Shaktimaan TV Series, BIG Bees Jr. Nursery Rhymes are some of its creations and many more to come which are in the development stage.

Reliance Entertainment is the media and entertainment arm of Reliance Group and is engaged in the  creation and distribution of content across film, television, digital and gaming platforms. 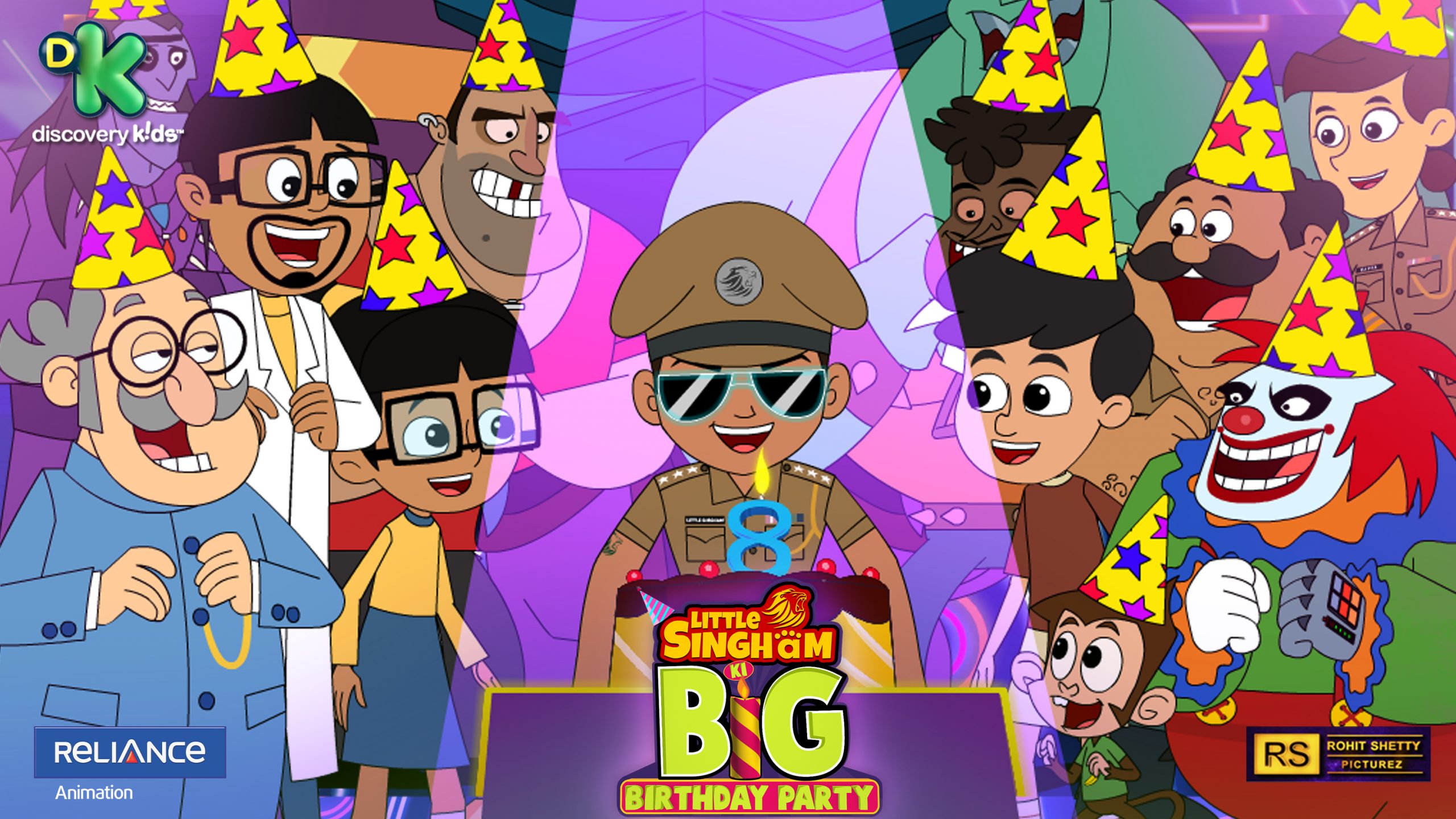