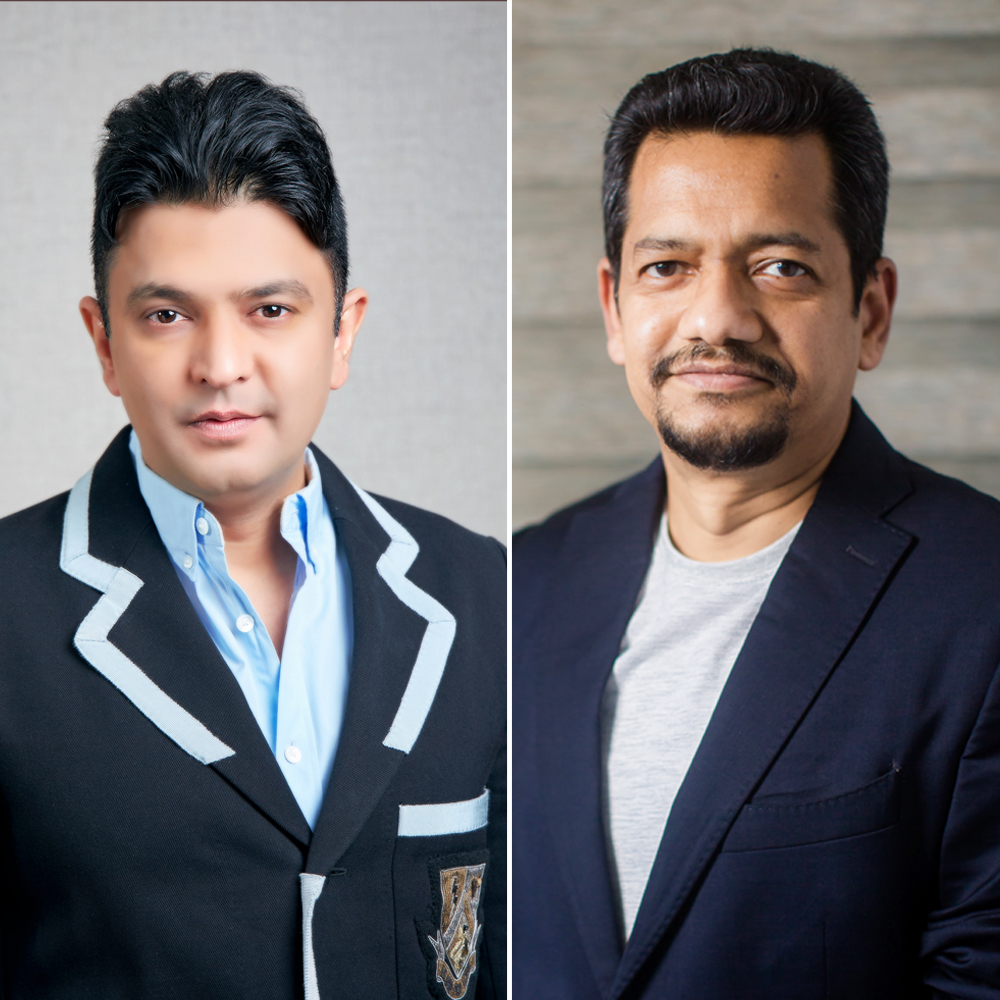 Mumbai, September 13, 2021: In one of the Indian film industry’s biggest collaborations, T-Series & Reliance Entertainment have joined hands to produce more than 10 films together across varied genres that include big budget tentpoles as well as mid and small budget content rich films.
This giant collaboration that brings two major production houses together with an investment of approximately Rs 1000cr will bring forth films ranging through different genres, production scales, talent and music.
Bhushan Kumar’s T-Series and Reliance Entertainment, have worked together on the music marketing front for more than 100 films. Now for the first time both studios will collaborate to produce a slew of multiple films and a great start of a larger long-term relationship for content creation between the two organisations.
The extensive line-up of films is in various stages of development. Bejewelled with three big budgeted blockbusters the slate also features high content films headlined by some of the country’s most revered on screen and off screen talents.
More specifically the slate includes Hindi remakes of Tamil blockbuster drama and action thrillers, a mega historic biopic, espionage thriller, court room drama, satire comedy, romance drama and a film based on shocking true events, amongst others.
While T-Series is the largest music record label in India and one of the top successful film production company, Reliance Entertainment is one of the leading media and entertainment company in the country and boasts of more than 300 commercially and critically acclaimed movies in its portfolio.
In the recent years Reliance Entertainment has produced several hits under its partnerships with Rohit Shetty, Imtiaz Ali, Neeraj Pandey, Vikas Bahl, Vikramaditya Motwane, Anurag Kashyap, Ribhu Dasgupta & S. Sashikant.
The new slate of film will be produced over the course of next 24 to 36 months, under the aegis of some of these partnerships and with other promising film makers like Pushkar and Gayatri, Vikramjit Singh, Mangesh Hadawale, Srijit Mukherji and Sankalp Reddy.
Given the pace of the developments, confirmed alignments with some of India’s biggest stars, four to five films will have a comfortable big screen release worldwide, starting next year-2022.
Bhushan Kumar, Chairman and Managing Director, T-Series, says, “After working on music marketing together, this collaboration has happened on the right time and this will just strengthen our ties. Shibasish and I hope to give our Hindi film audiences new and unconventional films.”
Shibasish Sarkar, Group CEO, Reliance Entertainment, says, “I really look forward to our partnership with T-Series. This partnership with Bhushan will surely mark the beginning of a great feat in Indian film industry as we move on to offer a bouquet of path-breaking and momentous films to our audience.”

T-Series is India’s leading music label and film production studio with Mr. Bhushan Kumar heading the company. Founded more than 30 years ago by Shri Gulshan Kumar, T-Series has successfully churned out popular Hindi and regional commercial music along with devotional music content.
Being India’s leading music label with its fan base across the globe, T-Series’ YouTube channel is the No.1 YouTube channel in the world with highest subscription (as on today more than 184M) and views (as on today more than 155 billion).
T-Series, which started off as a music company in 1984 has today successfully transformed itself into a formidable film studio over the years. Along with creating film music and independent singles, T-Series is currently the biggest film studio that produces around 15-20 films every year. The company has spread its wings to produce digital content for OTT platforms as well.

Reliance Entertainment is one of India’s largest film and entertainment companies. A pioneer in forging strategic alliances with the finest creative partners in domestic and international markets, the company is a leader in various segments of the Media and Entertainment industry including Films, Streaming, TV, Animation, Gaming, and Digital businesses.
Reliance Entertainment has developed strong IPs, content creation capabilities as well as global marketing and distribution acumen to emerge as a highly respected and sought-after partner across its various businesses.
Internationally, Reliance Entertainment has partnered since 2009 with iconic film producer and director, Steven Spielberg, in the formation of DreamWorks Studios, and thereafter, Amblin Partners. This relationship has produced several successful films Including the 2019 Golden Globes and Oscar winning film, Green Book & 2020 Academy Award nominee and Golden Globes winner 1917.