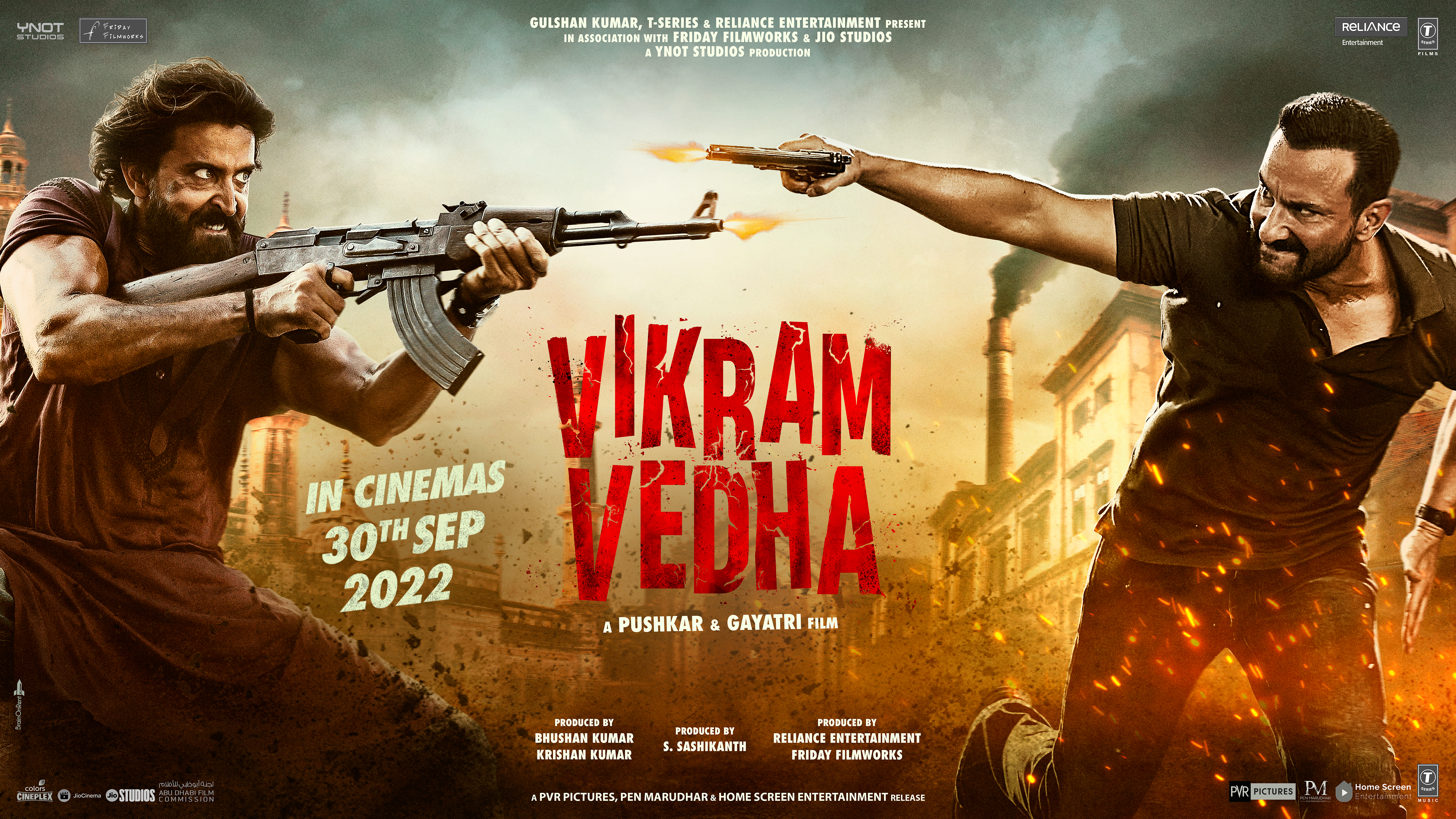 A first ever in the history of the Hindi film industry, the Hrithik Roshan and Saif Ali Khan  starrer will release in over 100 countries

Mumbai, 15 September 2022: One of the most awaited Indian films of 2022, ‘Vikram Vedha’  helmed by acclaimed directors Pushkar & Gayatri and starring Hrithik Roshan, Saif Ali Khan and  Radhika Apte, will be released worldwide in over 100 countries on September 30th.

In a record 100 plus countries globally, the film will have the largest international distribution  for a Hindi film. The film has sparked worldwide curiosity and appeal ahead of its release.

Vikram Vedha is set to achieve key extraordinary milestones in some of the conventional and  non-conventional markets, worldwide. Apart from the major markets like North America, U.K.,  Middle East, Australia and New Zealand, the film is set to release in 22 countries across Europe, 27 countries in Africa and also non-traditional countries like Japan, Russia, Israel and Latin  American nations such as Panama and Peru.

Looking forward to this mega release, Dhruv Sinha, Head of Overseas Businesses, says, “With  the star power of lead talent of Vikram Vedha, it has garnered tremendous love and  appreciation from the audience and trade alike. Reliance Entertainment Overseas and Home  Screen Entertainment teams have ensured the film reaches the widest audience across the  globe.”

Vikram Vedha is an action-thriller written & directed by Pushkar-Gayatri. The story of Vikram  Vedha is full of twists and turns, as a tough cop Vikram (Saif Ali Khan) sets out to track and  chase a dreaded gangster Vedha (Hrithik Roshan). What unfolds is a cat-and-mouse chase,  where Vedha – a master storyteller helps Vikram peel back layers through a series of stories  leading to thought-provoking moral ambiguities.

Vikram Vedha is presented by Gulshan Kumar, T-Series and Reliance Entertainment in  association with Friday Filmworks & Jio Studios and a YNOT Studios Production. The film is  directed by Pushkar & Gayatri and produced by Bhushan Kumar, S. Sashikanth and Reliance  Entertainment.

The film is all set to hit the big screens globally on 30th September 2022.