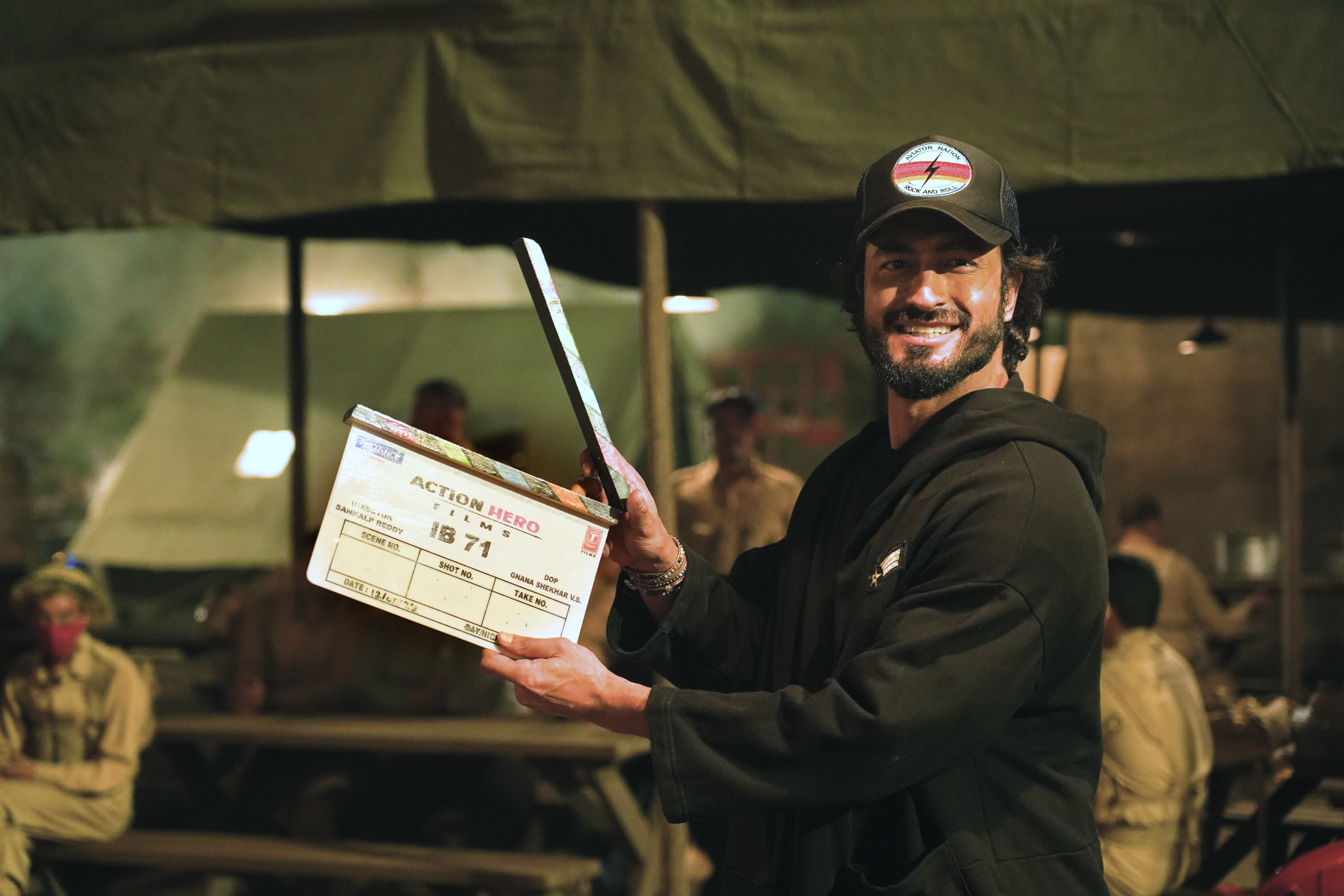 Mumbai, January 13, 2022: High-octane action hero, Vidyut Jammwal’s production house,  Action Hero Films, joined forces with National Award-winning filmmaker, Sankalp Reddy for a  first-of-its-kind espionage thriller titled, IB 71. Determined to offer a great story to the audience,  our country boy has kicked off its first schedule in Mumbai. As a producer, Jammwal is  embarking on a new chapter as his company’s debut film hits the floor.

Starring Vidyut in the role of an Intelligence Officer, IB 71 is based on a true incident of how  Indian Intelligence Officers outwitted the entire Pakistani establishment and gave our armed  forces the required advantage to face a two-front war. This compelling film is captained by  Sankalp Reddy, who has certain sensitivity towards the subject of the film having directed  Ghazi.

Talking about the film’s first schedule, Producer-Actor Vidyut Jammwal shares, “It’s a new  beginning for my production house Action Hero Films. I’m thrilled about backing a film that  revisits a glorious chapter in history. It’s a story of the brilliance of intelligence officers, whom I  salute with all my heart. My team and I are grateful to have begun the year on an exciting note.”

Director Sankalp Reddy says, “The shooting for IB 71 has begun in full swing. We’re all pumped  about bringing its story to the audience in a way that celebrates the unsung heroes of India.  Here’s a film that is about to redefine what it means to be a hero. I’m happy that we’re off to a  great start.”

Bhushan Kumar, Chairman and Managing Director, T-Series, says, “We kick off 2022 with  renewed enthusiasm and respect for our intelligence officers, who protect us without wanting  credit for it. We hope to honor them with IB 71. I take immense pride in backing a film being  conceptualized on such a large-hearted story.”

Shibasish Sarkar, the Producer, says, “We’re excited to have IB 71 hit the floors. It’s a film about  heroes and not all heroes are celebrated publicly. We hope to tell this story in a novel way and  give the audience a glimpse into the part of Indian history that inspired it.”

Reliance Entertainment is one of India’s largest film and entertainment company. A pioneer in  forging strategic alliances with the finest creative partners in domestic and international markets,  the company is a leader in various segments of the Media and Entertainment industry including  Films, Streaming, TV, Animation, Gaming, and Digital businesses. Reliance Entertainment has  developed strong IPs, content creation capabilities as well as global marketing and distribution  acumen to emerge as a highly respected and sought-after partner across its various  businesses.

Internationally, Reliance Entertainment has partnered since 2009 with iconic film producer and  director, Steven Spielberg, in the formation of DreamWorks Studios, and thereafter, Amblin  Partners. This relationship has produced several successful films such as The Help, War Horse,  Lincoln, The Hundred-Foot Journey, The Girl on the Train, A Dog’s Purpose, Bridge of Spies,  The Post, 2019 Golden Globes, and Oscar-winning film, Green Book & 2020 Academy Award  nominee and Golden Globes winner 1917.