Another win for ‘1917’ at the Oscars for Best Visual Effects

Mumbai, February 11th, 2020: Reliance Entertainment and Amblin Partners’ 1917, which was nominated in ten categories at the Oscars, has been honored with three awards at the 92nd Academy Awards, held at Dolby Theatre in Los Angeles. The epic World War 1 drama took home the awards for Best Cinematography, Visual Effects and Best Sound Mixing.

Legendary Cinematographer Roger Deakins, who has been a favorite this award season, won the Best Cinematography Oscar for his phenomenal work in the film. While Mark Taylor and Stuart Wilson won the Academy Award for Best Sound Mixing, the talented trio of Guillaume Rocheron, Greg Butler and Dominic Tuohy won the Oscar for Visual Effects.

This time, Director Sam Mendes has articulated an original war film that can’t be touched or altered by anyone. Inspired by his grandfather’s stories about World War I, his brilliant take on the lives, spirit and the emotional journey filmed in one-shot is possibly the best war films seen in the decade so far.

This has not only made 1917 the #1 film in the world with big opening numbers at various box offices but also made it a favorite this awards season. The WW1 thriller won seven awards at BAFTA, including Best Picture, Outstanding British Film and Best Director. 1917 had previously won three awards at the Critics’ Choice Awards 2020 for ‘Best Director’, ‘Best Cinematographer’ and ‘Best Editing’. The film also made its mark at the 77th Golden Globes, with an award for Best Picture in the Drama category, and the Best Director’s award for Sam Mendes.

Director Sam Mendes recently won the ‘Best Feature Film’ award at Directors Guild of America Awards and 1917 took home the ‘Best Picture’ award at the Producers Guild of America Awards. Legendary cinematographer Roger Deakins was recognized for his spectacular work in the film with ‘Top Feature’ Award from the American Society of Cinematographers. 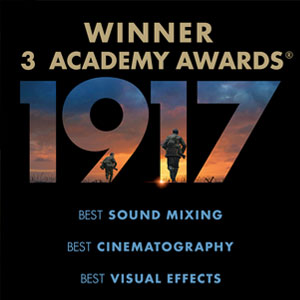 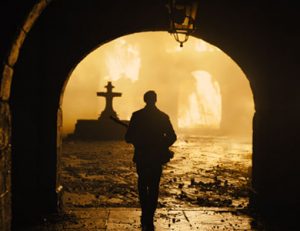 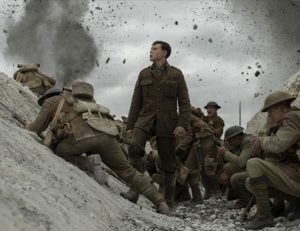