Mumbai, February 17, 2020: Reliance Entertainment and Amblin Partners’ World War I drama, ‘1917’ directed by Oscar-winning director Sam Mendes continues to capture the hearts and minds of global film audiences. The ‘one continuous shot’ war thriller, inspired by the Director’s grandfather’s stories, started at the No. 1 slot at the US box office in its opening weekend wide, and has now grossed over US$ 300 million (Rs. 2,100 crore) worldwide.

In the 6th weekend after its opening wide, new and repeat audiences alike are hailing the film as one of the best war films ever made, if not an ‘absolute masterpiece.’

‘1917’ has enjoyed a brilliant awards season, and bagged top honors at all major awards functions: 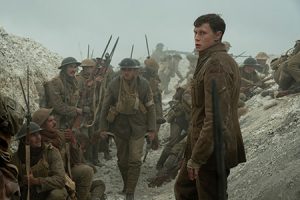