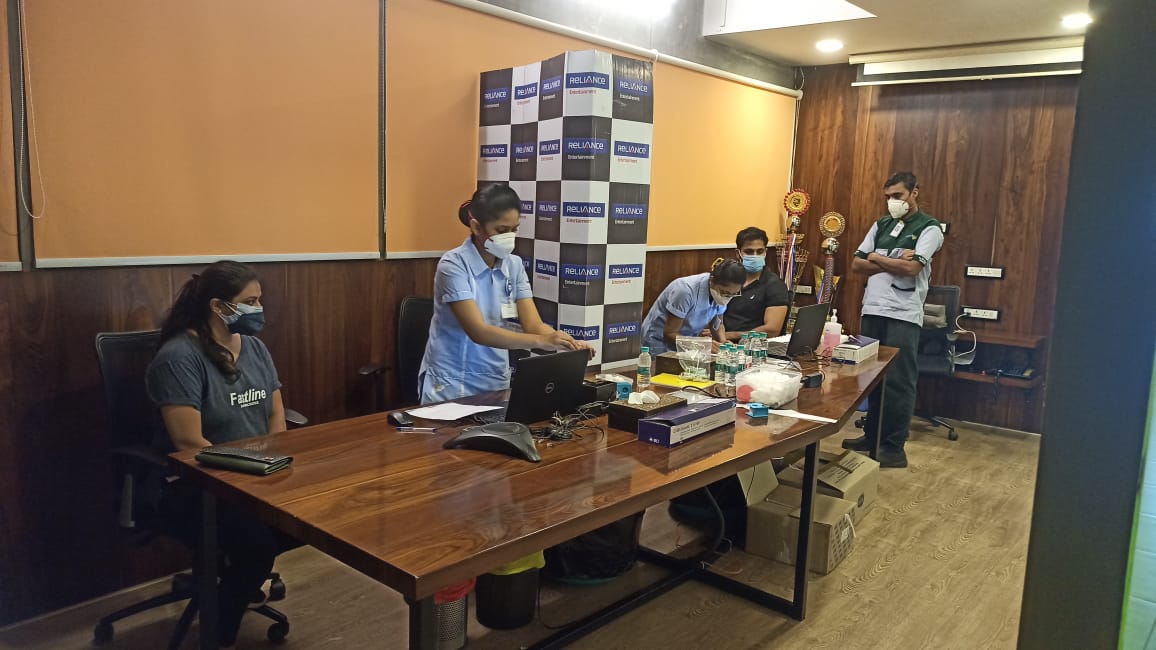 In the current need for vaccination in the fight against Covid-19, Reliance Entertainment organized a 3 days camp to get the members of the entertainment industry vaccinated with ease.

The drive was held on 29th May and 3rd June 2021 at the Mumbai office of Reliance Entertainment in association with Kokilaben Dhirubhai Ambani Hospital and at Wockhardt Hospital. Reliance Entertainment has Vaccinated over 800 individuals from the Industry so far and is planning to vaccinate 500 more in Pune, Satara & Kolhapur.

The list includes members from Rohit Shetty Picturez, Kabir Khan Films, Window Seat Films, Vikas Behl’s Good Co., Action Hero Films, Panorama Studio, Film Hangar, Team of the Film Vikram Vedha, Big Synergy, Vikram Bhatt’s team, Venus, Select flix and a few other celebrities.
Vaccination is a pivotal part of the ‘Break the Chain’ movement started by the Government, and Reliance Entertainment took the initiative to help people in these trying times. The production house is trying to get as many people vaccinated as possible and is also urging everyone to stay safe and get vaccinated at the earliest.

Reliance Entertainment is the media and entertainment arm of Reliance Group and is engaged in the creation and distribution of content across film, television, digital, and gaming platforms.

Internationally, Reliance Entertainment has partnered since 2009 with iconic film producer and director, Steven Spielberg, in the formation of DreamWorks Studios, and thereafter, Amblin Partners. This relationship has produced several successful films such as The Help, War Horse, Lincoln, The Hundred-Foot Journey, The Girl on the Train, A Dog’s Purpose, Bridge of Spies, The Post, 2019 Golden Globes and Oscar-winning film, Green Book & 2020 Academy Award nominee and Golden Globes winner 1917.